JEFFERSON CITY, Mo. --- Lincoln football is like the weather in Missouri.

If you don't like it, wait a few minutes, it'll change.

The results may not change for the Blue Tigers, but the personnel sure does.

Pitts' resignation is effective immediately; Smith will officially leave at the end of the month.

For Pitts, a 2000 graduate of Helias, it's certainly been a whirlwind tour the last few years.

From there, Pitts became head coach at St. Joseph Central High School for one year, before joining Smith's staff for two years.

Pitts had no comment about the move. He won't teach at Helias this fall, but instead will serve as a PE teacher and athletic director at St. Joseph.

Smith took over for Lee Johnson in 2017, after Johnson became interim coach when Mike Jones was fired during the 2016 season after the team's 0-4 start.

Smith won one game his first season and three his second, and finished with an overall mark of 4-17. Offensive coordinator Malik Hoskins has been named the interim head coach.

"I'd like to thank coach Smith for his work building the Lincoln football program the past two years, and I wish him the best in his future endeavors," Lincoln's Director of Athletics John Moseley said in a statement.

"The team made some positive strides last season, and coach Hoskins' familiarity with the program and our players should allow that development to continue this fall."

Smith said the decision was not easy.

"No, it was not," he said. "But I have to do what's best for my family and this was the best decision for my family."

While Smith wouldn't talk specifics about his future plans, he did say: "It's the type of opportunity that doesn't come around every day."

"Have we improved? Yes," Smith said. "And giving Malik the job, and if they let him stay for a year, they'll continue to move forward because the players know him, compared to a new guy coming in and the players having to learn all over again.

"I believe he's the man for the job, he'll take the program where it wants to go. I think it's a great opportunity for him."

This was the first head coaching job for Smith, and he has just two words for the opportunity.

"Lincoln will always have a special place in my heart," he said. "Getting to know the players and the way the community accepted me was special, and I really appreciate the administration for giving me this opportunity.

Lincoln head football coach Steve Smith announced his resignation Wednesday, as did defensive coordinator Phil Pitts, who's returning to Helias to serve in the same capacity. 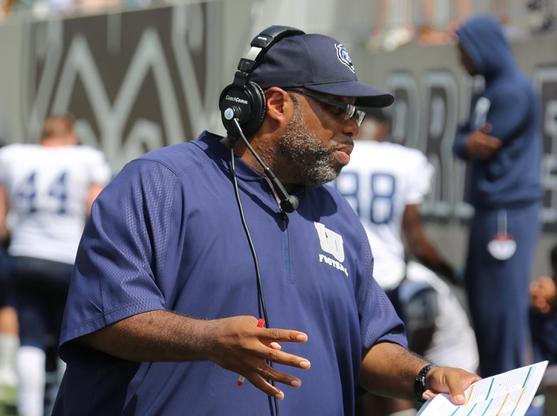