Jack Young, a 2012 gradaute of Jefferson City High School, will strap on the Green and White of Northwest Missouri State one final time Saturday.

The colors are green and white instead of crimson and white. The team name isn't the Green Tide, it's the Bearcats, and their mascot is Bobby.

That makes a lot more sense than Crimson Tide and an elephant named Big Al.

But for the purpose of this conversation, that's basically where the differences end between Northwest Missouri State and Alabama, because these Bearcats have become the Crimson Tide of Division II football.

The guys on top of the mountain everybody wants to beat.

"Besides Alabama and some of those North Dakota State teams (the perennial power in I-AA), I can't think of anybody else who would be able to say that they've done what we've done," Bearcats senior safety Jack Young said. "Everybody here is so blessed to be in the position we're in ... we've worked for it and we've put it in our heads, so we believe it.

"You have to believe it before it can actually get done."

Believe it --- the Bearcats have won 29 straight and are on the verge of winning their second straight Division II national championship, their third in four years and their sixth in 18 years.

For the love of Bobby the Bearcat, what makes them so good?

"Coach (Adam Dorrel) asks some seniors to stand up before each game (in the playoffs)," said Young, a 2012 graduate of Jefferson City High School. "I was naming off things I'd never forget and the last thing I said was: 'Just that little something ...'"

"Every team I've ever been a part of has always said they're a family. But when I came here, there's just something different. You know that no matter what you do, as long as your job --- you do your 1/11th --- everybody else is going to do their's. It's a family atmosphere, everybody caring for each other and giving 100 percent effort on every single play."

Young was an all-state player his senior year for the Jays, before walking on at Northwest in 2012. He's learning what most of us already know --- the older you get, the faster it goes.

"It really feels like yesterday that I was coming up here as a freshman, walking on without knowing anybody, and trying to make a name for myself and do the best I could to help this football team and earn a scholarship," Young said. "Now, it feels like I blinked my eyes and I've got one more game left in my football career.

"(The seniors) talked about it this week, it being our last Tuesday practice ever, our last Wednesday practice ever. It's weird, but it's not really hitting any of us yet, I think that will come later on. Right now, we're just focused on the goal at hand."

The last remaining goal for Young and No. 1 Northwest (14-0) is No. 7 North Alabama (12-1) --- it's a clash of the two winningest programs in Division II history --- for the national championship at 3 p.m. Saturday (ESPN2) at Children's Mercy Park in Kansas City, Kan.

(On a side note, Northwest made school history this week, as the men's basketball team is also ranked No. 1 in the nation, marking the first time both been in the top spot at the same time. To be sure, Alabama can't say THAT.)

"They will definitely be the best team we've played all year," Young said of the Lions, whose only loss was to Division 1AA Jacksonville State in the season opener. "I just hope we can go out there Saturday and get this last one."

Northwest's defense, ranked No. 1 in the nation, will certainly have a say in it. And the 5-10, 185-pound Young has done his part, recording a team-high six interceptions to go along with 53 tackles (28 solo).

"I'm just happy I was able to come up big in certain moments for our team, that's all that I was shooting for," Young said. "At the end of the day, as long as we got a W every single Saturday, that was all that mattered to me."

There's been little doubt about getting the W's, as the Bearcats have won their games by the whopping average of 34 points a game, outscoring their opponents 653-177. Saturday's 35-20 win over Ferris State was their "closest" call of the season and is one of only three games to be decided by less than 30 points.

But Saturday's win was also costly, as four key Bearcats went down with injuries and didn't return, including the shoulder injury suffered by starting quarterback Kyle Zimmerman.

Panic? Not a chance.

"It's almost like second nature to us," Young said, "because all throughout the offseason and throughout the season, the coaches harp: 'The next man up.' It doesn't matter if it's the second-string or the third-string guy in there, they always say: 'Our expecations don't lower for anybody. If you're going to come here and play football and be a Northwest Missouri State Bearcat, we expect excellence from all of you.'

"It doesn't matter who it is out on the field, we expect to win and prove to everybody who the best team in the country is."

Amazing. Even Alabama would be envious of those numbers.

"It's wild to sit back and try to understand what my class has been able to accomplish," Young said. "It's just crazy to think about it ... I'm just happy and blessed to be here and be in the position I'm in."

Now comes Saturday ... and for one last time, Young will strap on the Green and White.

"It will definitely be a hard pill to swallow, but at the same time, I think I'm ready for it and I'm excited for what the next chapter of my life holds," said Young, who will graduate this spring with a major in sports media. "I'm definitely going to try to take a second, take a deep breath, and reflect on everything I was able to do in that jersey and at this university. It's been life-changing, all the great memories I've been able to make, the friendships I've made that I'll have the rest of my life ... God put me in the place I was supposed to be.

"There's absolutely nowhere else I would have rather been the past five years. It's been one heck of a ride." 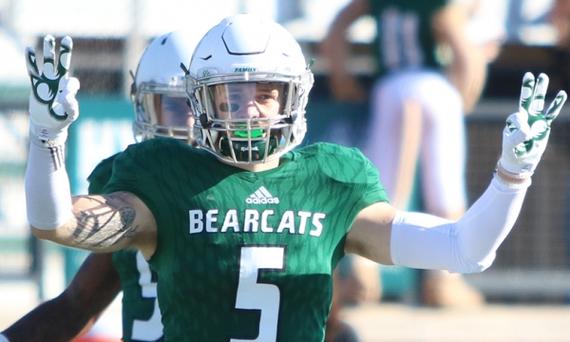 yet another national championship