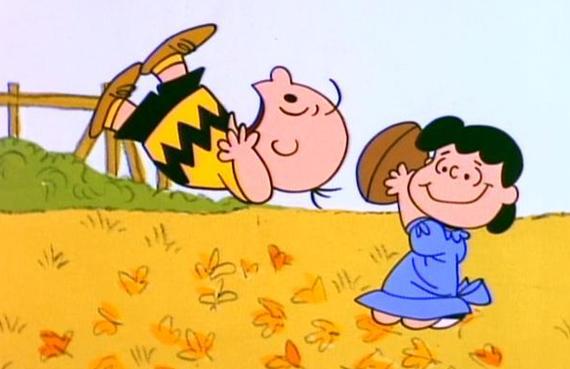 Is it time for MU
to fire Odom
and pursue Miles?

COLUMBIA, Mo. --- We're entering that most wonderful time of the year, when getting fat never tasted so good.

The seasons are changing, at last, although most of us would prefer an eternal, balmy fall.

It can snow Christmas Eve and Christmas morning, then return to the 60s by that afternoon.

And how about those fall colors this year? Wow!  Nature lovers were in for a treat ... as long as their favorite colors are brown and dark brown.

The sports seasons, they are a changing, too, with football giving way to basketball. Not quite yet in the NFL, which will keep a stranglehold on our attention until February --- when our high school basketball seasons are coming to an end and shortly before pitchers and catchers report.

Your Super Bowl party will also mark the unofficial end to the eating season.

Football first, as the Tigers will almost assuredly finish 3-9 in the first season under Barry Odom, giving Mizzou fans a chilling flashback to the days of Bob Stull and Woody Widenhofer.

Freshman running back Damarea Crockett rushed for 225 yards, setting the school record for most rushing yards in a season by a true freshmen, 1,062.

(Then came Monday afternoon, when we got the reports of Crockett being arrested early Sunday morning for possession of marijuana, which was followed by his suspension by Odom for Friday's season finale against Arkansas.

It's always something at MU, isn't it? And it's usually not good.)

Overall, the Tigers rushed for 442 yards against the Vols, a staggering total by any measure.

The offense was obviously good enough. To be fair, however, the Vols are basically grabbing people out of the stands to play defensive line, which has had more injuries than an emergency room.

How bad is it? The Vols have run out of defensive tackles, so they're playing back-up offensive linemen on the defensive line.

While the injuries were certainly a reason for numbers like 41 and 110 and 740, you must give this offense two thumbs up. What a nice change from last year, when Mizzou couldn't make a first down against 11 people selected randomly out of the pastry aisle at Walmart.

So the offense hasn't been the problem, at least in recent days.

Now, it's the other side of the ball --- these Tigers cannot tackle, period, and that's fairly important when playing defense. This is a sad, depressing change from last year, when the Tigers had one of the best defenses in the nation. And especially since they hired Odom, who was that unit's defensive mastermind.

Since he's become head coach, something's been lost in translation.

Now, they have one of the worst defenses in the nation --- 116th in total defense, right behind Ball State, and 95th in scoring defense, tied with New Mexico.

On so many plays, they appear to be on the business-end of a 7-on-7 drill --- but the other team is playing with 11. You follow the ball, and nobody's there.

How is this possible? What happened? The players they've plugged in aren't as good as the players they lost, and they're not being coached very well.

Linebacker Kentrell Brothers cleaned up a lot of mistakes during his days at Mizzou, not only leading the Tigers in tackles and racking up a whopping 356 of them in his career, but leading the nation in tackles last year. He's now playing for the Minnesota Vikings.

Then in August, defensive linemen Walter Brady and Harold Brantley were kicked off the team for violating team policies. stripping the unit of two quality players and a lot of its depth.

Defensive Line U has turned into Defensive PU.

But as lousy as the defense has been, the kicking game --- not the punt unit, which has been fabulous, but the field goal/extra point unit --- has been worse than lousy. It's been a laughable embarrassment --- and that would be if this were a mediocre high school team, let alone a Division I football program playing in the best conference in the world.

Forget making field goals, they have trouble making an extra point --- the Tigers lead the nation in missed PATs.

This bunch has turned into some of our favorite cartoon characters --- the shenanigans of Lucy foiling Charlie Brown's attempt to kick a football gives us a smile every time, doesn't it?

When it happens again and again to your college football team, the emotion it creates is something other than a smile.

Not only did the country get the Tigers from sea to shining season against Tennessee, but Friday's Missouri-Arkansas game will also be nationally televised. Knock yourselves out, America, see what you've been missing.

What did our country do to deserve this? Oh, right, we elected Trump.

After Friday, we can turn our attention to the men's basketball team, which is currently 2-2.

Reason for optimism: The Tigers' play against 11th-ranked Xavier in an overtime loss, and young players like Frankie Hughes and K.J. Walton.

Reason for pessimism: Everything else.

Until then, pass the gravy.

Good grief: Can change of seasons
offer Mizzou a change of fortune?