The second Central Bank/KRCG Tailgate of the high school season is Friday night in Wardsville when the Blair Oaks Falcons host Hallsville. From 5-6:30 p.m., and while supplies last, fans will receive a free t-shirt, quarter pound hot dog, Hy-Vee chips and a Coke product.

This is the 10th straight year Central Bank has supported area schools with a tailgate. They estimate they've given away over 48,000 t-shirts ... along with too many hot dogs to count.

After giving up only 19 points in three games, including just six points in the last two, the Spartans were plundered for 52 points by Vianney --- but still won. ... Battle's two-headed offensive monster of quarterback Brevinn Tyler and wide receiver Jaevon McQuitty, a Nebraska recruit, both had massive games, including their hook up for the game-winning 67-yard touchdown pass with three minutes left. Tyler threw for 348 yards and four touchdowns on only 13 completions, and also rushed for 169 yards and three scores on only 11 carries --- that's 517 total yards and seven touchdowns. McQuitty caught seven passes for 247 yards and four scores. ... Helias beat Battle 29-14 in 2014, before the Spartans edged the Crusaders 28-27 last year.

Playing their toughest opponent to date --- by far --- the Jays didn't fare well at Har-Ber last Friday. The Wildcats --- ranked No. 2 in Arkansas and last year's state runner-up in Class 7A --- rushed for a staggering 583 yards and blew open a close game by scoring the final 37 points, including a 27-0 scoring edge in the second half. ... Logan Collins, who rushed for 229 yards for the winners, told the Northwest Arkansas Democrat Gazette: "(The Jays) have done well in Missouri, but they haven't seen any Arkansas football." ... It won't get much easier for Jefferson City this Friday, as the Jays play at St. Louis University High. The Jr. Billikens' lone loss is a narrow 30-28 decision to Chaminade, ranked No. 1 in Class 5.

The Crusaders bounced back in a big way last week, a 69-point turnaround from their 51-20 loss to Belleville (Ill.) Althoff. ... The Crusaders, who led 42-7 at the half, outrushed the Kewpies 294-141. ... Hickman has lost 16 straight and 24 of 25. ... The Crusaders have won their two games this season by a combined 108-20. ...  Helias and Battle have split their two meetings, but the Crusaders had a point-blank chance to win last year's meeting, which the Spartans won 28-27. Some questionable clock management in the closing minute may have been the difference, as the game ended with the Crusaders inside the Battle 5. ... This is the second of four straight games for Helias against Columbia schools --- Hickman (0-4), Battle (4-0), Father Tolton (1-3) and then Rock Bridge (0-4).

The Lakers have lost two straight after opening the season 2-0. ... Camdenton totaled 93 points in its victories, just 19 points in its losses. ... Parkview is coming off a 36-20 win over Brad Drehle's winless Waynesville Tigers. ... Kickapoo is the one common opponent for Camdenton and Parkview. Kickapoo raced past the Vikings 55-26 in the season opener. ... The Lakers edged the Vikings 34-27 last year in Springfield.

Drake Gross rushed for 155 yards and three scores and also had two touchdown receptions --- accounting for all five of Moberly's touchdowns --- in last week's win over Fulton. ... The Spartans rushed for nearly 300 yards against the Hornets, after averaging just 39 yards a game the first three weeks. ... After compiling a 10-1 mark in 2013, Moberly went 4-7 in 2014 and 3-7 last year. ... Moberly has already played two overtime games this season, beating Smith-Cotton 28-27 and losing to Kirksville 13-7. ... Macon won at winless Highland 49-18 last week ... The Spartans beat Macon 28-14 last year

The Battle Spartans have climbed to No. 2 in the state in Class 5 and No. 1 in KRCG's Mid-Missouri Power Poll for large-class schools.

What a difference a year makes --- the Falcons won a head-scratching 62-47 affair over the Mustangs in 2015, but in last week's rematch, Blair Oaks smothered Eldon, holding the Mustangs to just 42 total yards. ... The Falcons have won 15 straight in the regular season and are 13-0 in such games under second-year head coach Terry Walker. Their last loss was to Hallsville, 42-28, at Wardsville in 2014. ... Hallsville opened the season with wins over Putnam County and Mark Twain, but have lost their last two by a combined 81-20 against Osage (40-20) and Southern Boone (41-0). ... The Falcons blasted the Indians 48-0 last year in Hallsville.

Osage forced six turnovers, converting four of them into touchdowns, in last week's rout of winless Warsaw. It was Warsaw's 20th consecutive loss. ... This is a battle of unbeatens in the top-heavy Tri-County. Blair Oaks also enters Friday night's action at 4-0, as the three teams will play a round-robin the next three games. Osage will play at Blair Oaks on Sept. 30, after the Falcons travel to Southern Boone on Sept. 23.

After opening the season against three opponents who were a combined 0-9 through Week 3, the Panthers passed their toughest test of the season by shutting out state-ranked Brookfield. ... Centralia's defense was overwhelmingly good, as Brookfield managed only 37 total yards. ... South Shelby beat Brookfield 14-7 in the opening week. The teams have one other common opponent, Louisiana. The Panthers rolled to a 55-6 win, the Cardinals beat Louisiana 48-22. ... After Friday night's home game, Centralia plays three of its next four on the road.

Last week's win for South Callaway was the 12th straight in the Callaway Cup series, although North still leads it, 12-8. ... In its three losses, Montgomery County has given up 176 points. ... The Wildcats' lone win was over Van Far, 18-3. ... The Bulldogs whipped the Wildcats 57-20 last year in Montgomery City and 62-0 in Mokane two years ago. ... South Cal is 23-2 in its last 25 regular-season games. ... Taking a peek down the road, both South Callaway and Clopton will likely be 7-0 heading into a clash in Mokane on Oct. 7.

After giving up 20 points in its season-opening 28-point win over North Callaway, Southern Boone has given up only 13 points the last three weeks. ... This is the start of a one-two Tri-County punch for the Eagles, who host Blair Oaks next week. ... Last week's victory snapped a four-game losing streak to Hallsville. ... Hallsville is the one common opponent for Osage and Southern Boone. In the battle of Indians, Osage prevailed 40-20 on Sept. 2. ... The Eagles beat Osage 37-22 last year in Ashland. 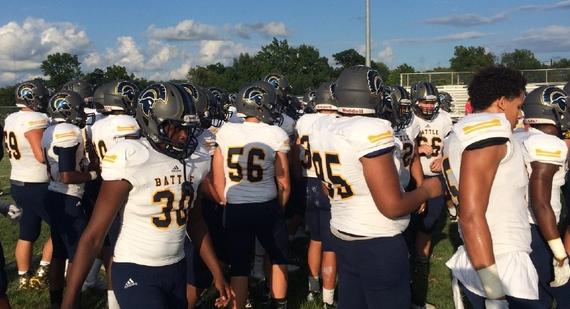 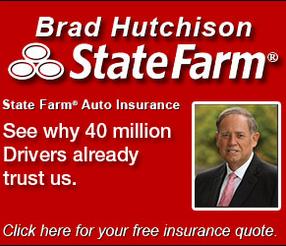