JEFFERSON CITY, Mo. --- The shivering, huddled masses certainly didn't have an overabundance of drama to keep them warm.

It came on the first pitch of the game, when Helias left fielder Alex Buschjost made a highlight-reel, diving catch of a line drive off the bat of Jacob Weirich. It was a ball tailing toward line that if Buschjost missed, it could have resulted in an inside the park home run.

That was about it for the drama.

Weirich later added a sacrifice fly, but the senior did most of his damage with his arm --- the All-State lefthander did what he does, pitch great.

Weirich allowed three hits over 6 1/3 innings and retired the final 11 batters he faced as the Jefferson City Jays blanked the Crusaders 3-0 in a chilly crosstown showdown Friday evening at the Legion Complex.

It was just the second game of the season for the Cruaders (0-2), who were also shut out 3-0 by Fatima in their first game.

Isn't that the way it goes --- you're looking for your first run of the season and you draw one of the best pitchers in Missouri.

"I thought we had some really good at-bats against him, we just didn't square him up often enough," Helias coach Chris Wyrick said. "We attacked some of the mistakes he left up, a couple of them we just missed.

"But he made pitches when he had to, that's the sign of a good pitcher."

Weirich (3-0) was overpowering down the stretch, as he didn't allow a baserunner after the third inning. He left due to the new pitch count rule (105 pitch limit) in the seventh inning, after striking out eight and walking two.

As good as he was, he's been better --- which is a scary thought for the rest of the state.

"He was good," Jays coach Brian Ash said, "but he wasn't great. He was a shell of himself compared to what we saw in Tennessee. But the cold weather, it was seven days since we were on a field ... he just wasn't as sharp.

"But a lot of that's credit to Helias, that's a good team over there. They put some good swings on it and made us field the ball and put some pressure on us. We're happy to get out of here with a win, we found a way."

Indeed, the top-ranked Jays (5-1) mustered only two hits, but took advantage of no less than five hit-batters and two untimely walks, both of which scored.

Playing in front of a full house --- and it was a crowd more fitting for a football game, as fans were cloaked in winter coats and blankets --- it was scoreless after two innings. And it should have been scoreless after three.

But after a walk, a hit-batter and an infield single loaded the bases, two runs scored on one pitch --- a wild pitch and then a throwing error by the catcher --- to give the Jays a 2-0 lead.

"I guess you could say we made the most of our chances," Ash said.

It was a chance they really shouldn't have had.

"They may get a run," Wyrick said, "but we have to make them earn it with a hit, instead of a wild pitch and a bad throw. Again, we just have to play catch.

"This could have easily been a one-run game."

The Crusaders' only threat came in the bottom of the third, when they loaded the bases with two out on two walks and a single. But Weirich got out of the jam by striking out Drew Boessen.

"If we score there," Wyrick said, "who knows what happens?"

But they didn't and that was that. The Crusaders, who host Kansas City O'Hara and Fatima on Saturday, didn't have a baserunner the rest of the way.

"Our pitching kept us in the game," Wyrick said.

The Jays finished the scoring in the fifth on a walk, a sacrifice, an error and a sacrifice fly by Weirich, who earned the 19th win of his career --- just two shy of the school record held by Steve Aldridge (1987-90).

Hayden Hirschvogel relieved Weirich and recorded the final two outs to get the save for the Jays, who will play a pair of games in Lee's Summit on Saturday.

"We have to hit the ball better than we did tonight," Ash said, "or we'll get beat, plain and simple."

Talented, experienced
Jays poised to make
another run at Final 4 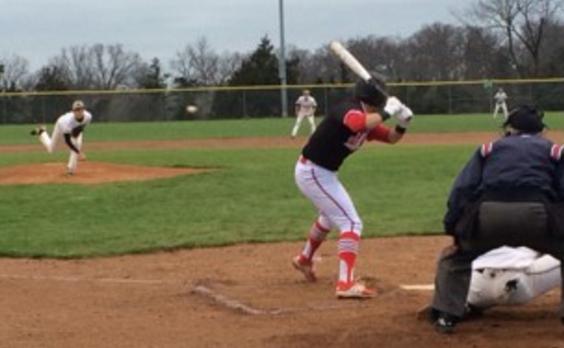